July 27 2021, Durban: In a highly ambitious undertaking, the Moti Cares Foundation, the philanthropic arm of Sandton-based company the Moti Group, in partnership with the Sihle Zikalala Development Trust and other corporate sponsors, acted to provide two million meals to hunger-stricken communities across KwaZulu-Natal (KZN) over the weekend. This followed the devastation caused by the two-week riots that gripped the province earlier in July, disrupting food supply chains and leaving most of the region in shambles. 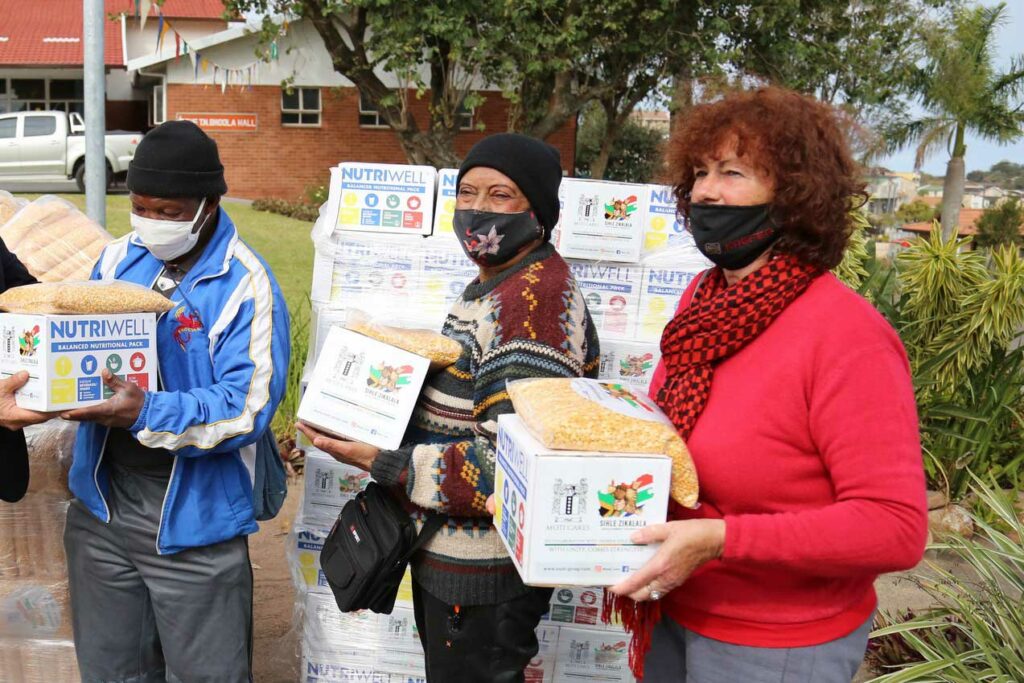 “Having seen reports on how dire things were on the ground for the people of KZN, we immediately reached out to the Premier and told him that we wanted to help by mobilising to provide food parcels to those in need. After discussing just how great the need was, we then reached out to rally support from other corporate sponsors and individuals, who immediately climbed on board to make donations towards this worthy cause,” says Mikaeel Moti of the Moti Group.

The KZN food drive, a four-day initiative, began on Thursday and finally concluded on Sunday. Working with volunteers, the Foundation attended to communities in Adams Mission, Chatsworth, Crossmore and Welbedacht. The Foundation also called on Non-Government Organisations such as the Aryan Benevolent Home in Chatsworth for the elderly and children, the Cheshire Homes Durban, a school for children living with disabilities, and the William Clark Gardens Othandweni Children’s Homes, an orphanage centre in Sherwood.

Earlier reports estimated 150 000 jobs could be at risk following the unrest that caused damage to property and job losses. Zikalala said that preliminary estimates show that the eThekwini Gross Domestic Product loss was about R20 billion. The destruction of 89 shopping centres and malls, one hospital, 35 warehouses, 22 factories and 139 schools are additionally certain to fuel food insecurity.

Hunger knows no boundaries, and this initiative was launched with the vision of South Africans offering a helping hand to other South Africans, no matter their race or creed. To help communities cope with the ongoing food shortages, the Moti Cares Foundation assembled food hampers that constituted two million meals to which included 70 tons of rice, 30 tons of dahl and 10,000 Nutriwell boxes each containing 95 scientifically developed and nutritious meals such as instant porridge, vegetable soup, soya stew and instant shakes.

Other items in the distribution packs contained cooking oil, mealie meal and blankets, as well as over 4,000 packs of sanitary towels for vulnerable women which were generously donated in partnership with PR Worx and Mimi Women. Gast Engineering and Zodiac Manufacturing further joined the initiative by donating PPE essentials to help curb the spread of COVID-19, including over 550 litres of sanitiser, as well as 60,000 masks and 30,000 pairs of gloves. 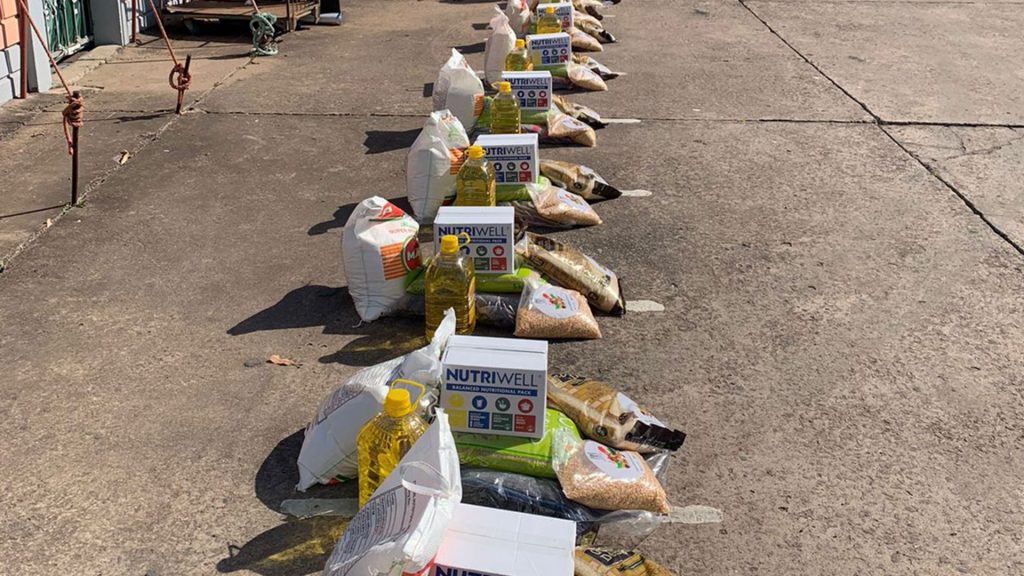 “We hoped to restore the basic human rights of those negatively affected by the riots through providing dignity and mitigating issues of hunger throughout the province of KwaZulu Natal. We hope that our actions not only assisted those facing immediate food shortages, but also inspired other organisations to do what they can to assist the vulnerable people in their communities. “This leg of the outreach is complete, but the Moti Cares Foundation will continue to work alongside the relevant authorities to ensure more communities receive the assistance they need to get through these trying times and rebuild their lives. We are also grateful to our partners and the volunteers whose contributions made this initiative possible. We hope that in the weeks to come, others will also join in the call to provide further relief and assistance to families in KZN,” concludes Moti.